How certain personality traits can allot us our healthiest brains and happiest lives.

How certain personality traits can allot us our healthiest brains and happiest lives.

Everyone desires a happy, long and healthy life. We try to treat our bodies healthily, love the people we love and do things that we enjoy, but there may be more of an ingrained trait in us all that allows us to live our lives to the fullest and healthiest we can. An 80-year study started in 1921 by Dr. Lewis Terman, has shed some light on how our personality traits could shape our lives until the end.

As a psychologist at Stanford University, Lewis Terman was a pioneer in his field of educational psychology. He started his study when he was 44 years old and continued it for 35 years. Dr. Terman believed that there were traits that were heritable, and he wanted to see if those traits from an early age would prove to serve those that had them in their lives as they got older. Dr. Terman passed in 1956, but his work was carried on by other psychologists until it was concluded in 2010 by Leslie  Martin and Howard Friedman.

The research project that Dr. Terman started focused on a very exclusive sampling of children from Los Angeles. There were 1,500 kids of mixed gender, predominately  Caucasian, economically advantaged, and around the age of 10. He wanted to record and study their inherent traits and see where they took them in their lives. He asked teachers to pick their most intellectual students, as he believed intellectual leadership was an inherited trait. He collected data as simple as their birthdays to how happy their parents’ marriages were. He took note of their personalities; were they diligent, optimistic or reckless? He followed these children into adulthood and saw the choices they made, the successes and failures they had and how these traits from such an early age influenced their futures.

Dr. Terman followed these children well into their adults lives and noted many vital characteristics of their personalities and the effects they had on their lives. Most went on to have successful careers and families. They endured culturally tumultuous events, such as The Great Depression and World War II. None of the individuals went on to become extraordinary people in their own rights, but they led good lives all around. Everything from their marriages to their vices were recorded and noted in this study. This was the first project that wasn’t self-reporting and so there were very few ways it could have inaccurate data. There were some notable traits that showed conflicting results in this study. Individuals who were optimistic or happy-go-lucky did not have lives that were long-lived, surprisingly. These subjects tended to have disappointing careers and less meaningful relationships. They were under the guise that “everything would work out and be ok,” so they took less measures to improve their own health. There was one trait though that showed the most effect towards a long and healthy life; conscientiousness.

Conscientious is defined as “(of a person) wishing to do what is right, especially to do one's work or duty well and thoroughly.” This was the golden egg of the study. The people who were conscientious planned and were diligent, they were more aware of their own needs and practiced more modes of self-care. They still had stress along the way and yet it seemed to not have ill-effects on their longevity and overall mental health. Being aware and conscious of their own wellbeing was what kept them healthy and happy as they were able to support and contribute to their lives more than those that didn’t.

Throughout the entire study, numerous factors weighed on what made a person live longer, healthier and maintain their mental fortitude in later years. Everyone involved in the project had differing personalities and traits that factored in to their future lives. There were many results and as this is the only study of its kind, it can be hard to determine that conscientiousness is the key trait to a long and healthy life. Dr. Terman’s study was on which traits would assist in our brain’s health as we grew older and this was the biggest, and probably most astounding conclusion on what makes for a healthy mental state when in one’s twilight years. As Dr. Sierra Breitbeil, ND stated on her blog, “…my observations are that a little bit of worry about one’s health, and about one’s life decisions, pairs well with good health and longevity of life.”

Learn more about Dr. Sierra Breitbeil, and read her blogs at https://drsierra.com. 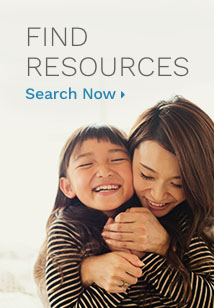 Read a few tips to make sense of the new health care changes. Read Article
How certain personality traits can allot us our healthiest brains and happiest lives. Read Article